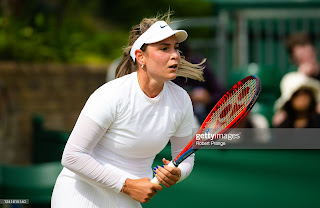 DV won 77 percent of Sherif's second serves. DV was 4for-7 on BP's and faced only 2 BP's herself.

DV will play either Wang or Maria in the second round. You got this DV! You can win this title!