Nole Nation: Nole will not play in U.S. Open; should focus on rest of 2022

Nole will not play in the U.S. Open! 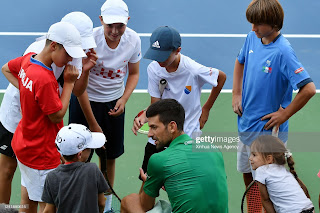 Let's be clear on that. The U.S. will not change its regulations, Nole will not get vaxed -- it's as simple as that.

I have no idea what will happen with Australia next year, but this is all on Nole.

Nole is the best player in the world, but at the end of the day it's his fault he can't play tennis in some countries. All he has to do is get vaxed, he refuses -- he loses.