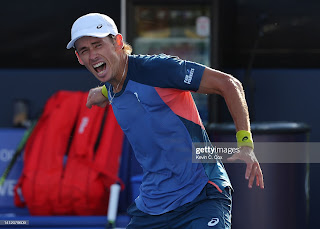 I'm really happy for DeMin to win the title in Atlanta. DeMin played great all week and this could be a real boost for him heading into even bigger tourneys.

DeMin has always had potential and it could be he's starting to make the most of his game. This week is another great opportunity for DeMin in D.C. He could play Brooksby again in the second round and I like DeMin's chances to win that match again.

I won't say DeMin is a darkhorse to win the U.S. Open, but he is someone who can beat anyone on a given day. If he keeps playing like this over the next few weeks, I will definitely be changing my mind and giving him a real chance in New York.