Naomi Nation: Naomi is coming for the Gold in Olympics 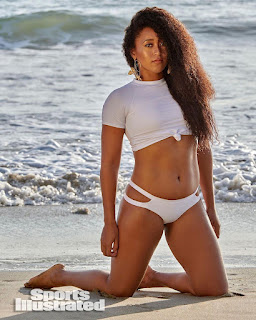 Naomi Osaka is about to win Gold!

You heard it here first. I know so many won't be happy, because she suddenly seems to have so many against her. But I, for one, hope she pulls it off and I'm a bigger fan now than ever before.

Look, I'm not saying everything she did in handling the press conference thing was great, but everyone makes mistakes. I do believe she has mental health issues and that's nothing to take lightly. It's a shame so many people on message boards and things like that don't or don't want to get that. But then again many of those people are on there because they have no lives and maybe many of them are in denial that they themselves have mental health issues.

I always like to root for the player or team that gets the hate, so when they win it makes it that much sweeter against the common people (average America).

Naomi was one of my favorite players before, but now she is my second favorite and I can't wait to see how she does these next few weeks as she tries to win a Gold medal and the U.S. Open for a third time.

Winning the Gold will be difficult. She's trying to do it in her home country and there will be a lot of pressure on her. But just think how sweet and great it will feel if she does it! To me she is the true No. 1 player in the world. I could careless what the rankings say. It's time for queen Naomi to take her spot in the royal throne back and show the whole world just who she is - the best player in the world.