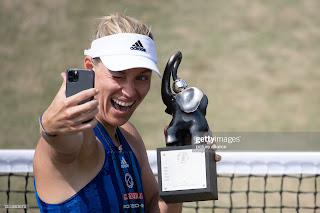 My picks for Wimbledon's women's draw are as much of a mess as the French Open was on the women's side. But that's just the new normal for the WTA! And I'm all here for it.

I've got Angie winning her 4th slam and second Wimbledon! This time she will beat Petra (in a rematch of their match a few days ago) in the finals.

I have Vika ending the Barty Party (yes, I unfortunately have Barty beating Marta in the fourth round) in the quarterfinals. I have Angie beating Muchova in the other quarter.

I know, Angie never beats Vika, but this time she will in the semifinals!

I expect Angie to win in 3 over Petra, in what will be a high-quality final! 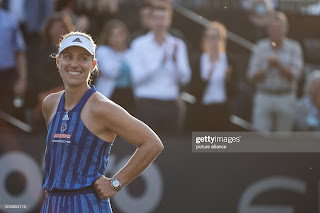