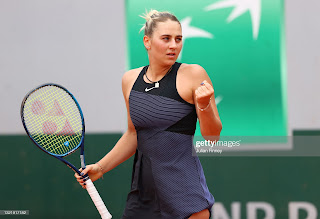 Best birthday present I could ask for - Marta Kostyuk beats Varvara Gracheva, 6-1, 6-2, to advance to the fourth round of the French Open!

On top of that Nole easily won as well! 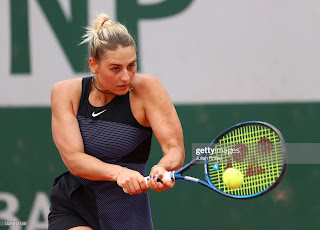 But back to Marta, she was awesome. She had 17 winners, only 11 unforced errors and 5 aces. I'm very proud as a fan. Marta has had a tough year, but when she's been healthy she's been great.

She's healthy now and faces Iga Swiatek (the supposed female Rafa) in the fourth round.

It's a winnable match for Marta, but I'll have more on that tomorrow. Marta won today in just 61 minutes and had a great handshake with Varvara at the end. 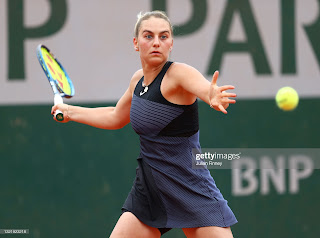 It's Marta's first fourth round appearance at a slam, but many more to come. She's 64 in the live rankings and 35 in the live WTA race. She's just getting started. I love her all-court game. She had some great touch on her shots, but can also hit with so much power.

Three wins down, 4 more to go. You got this Marta! 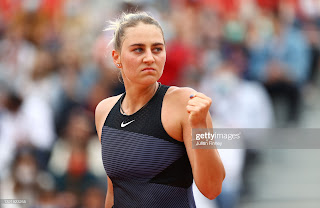 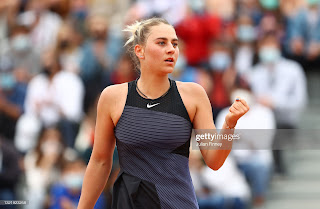 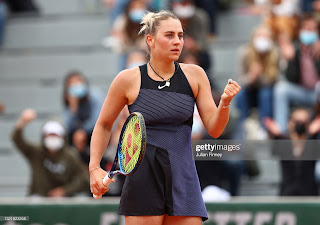